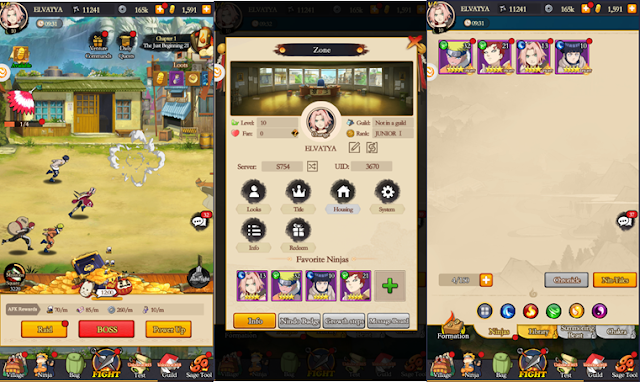 Ninjutsu Summit is a role-playing video game with the concept of Ninja with the teme KONOHAGAKURE Village in the Uzumaki Naruto anime series. You can fight with bots and then level up each hero and build a strategy to fight your enemies.
Ninjutsu Summit has been downloaded as many as 500+ thousand on the user's Play Store. Ninjutsu Summit is considered a lightweight Online Game, it can even be played using a smartphone with under 1GB of RAM.

How to Redeem Ninjutsu Summit Codes